In And Around Berwick

This section starts off with a quick tour of Berwick.

Clicking on the small pictures will enlarge that image and display a description below. Click the thumbnail panel numbers to display the next set of images.

Berwick upon Tweed is completely encircled by one of Europe's finest preserved Elizabethan fortifications. A one and a half mile walk around the walls affords fine views of the town, the sea and the River Tweed. Berwick changed hands between England and Scotland at least thirteen times in over 300 years of border warfare. Berwick is now part of England in the county of Northumberland. The Scottish border and the county of Berwickshire lie about a mile north of the town. The River Tweed, however, is governed by Scottish law despite the fact that its last few miles lie within England.

Holy Island, or Lindisfarne, is a few miles south of Berwick

An insight into the military background of the town can be gained by visiting the Berwick Barracks museum which is housed in Britain's first purpose built army barracks. The site also houses Berwick's borough museum and is open from Easter to October.

The Town Hall museum offers two tours a day suring summer, with visits to the former cells and courtroom.

The artist L S Lowry was a frequent visitor to Berwick, the town inspiring some of his finest works. After walking around the walls, a more detailed understanding of the area can be gained by following the Lowry Trail, which encompasses Tweedmouth and Spittal to the south of the River Tweed as well as Berwick itself.

More Infomation about the Area

The following are electronic versions of leaflets or booklets

North Northumberland Tourism Association Visitors Guide - places to visit, where to eat, guide to accommodation and an excellent introduction to Berwick and the surrounding area. Well worth downloading and reading.

Historic Border Bridges - a guide to the history and construction of nine bridges in the Berwick area. 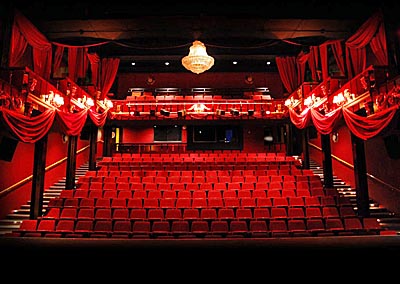 The Maltings Theatre and Arts Centre

The Barn at Beal, including Birds of Prey Centre

Ford and Etal - lots to see and do including a light railway and working watermill.

A quick word of warning for those making further web searches: A few miles up the coast towards Edinburgh lies the small town of North Berwick. This is not the same place as Berwick upon Tweed!

To make a booking please send an email

Stroll to the sea...

Walk around the walls..